What is your favorite flavor of ice cream?

I am unable to compare myself to imaginary things. I can’t conceive of being reduced to a made-up creature, not my form of play. Though I have an appreciation for mythology, we now understand how it was a broken social mindset that spawned such legends. Such speculation would be disingenuous.

I have, however, always had an affection for my astral sign, Sagittarius. I always appreciated the idea of firing thought-provoking concepts into the air and sharing what I have experienced with others. This could also explain why my hair is spikey, like a bunch of little antennae sending and receiving signals from a world that I struggle to understand.

What is the first book you remember making an indelible impression on you?

I read The Hobbit followed by The Lord of the Rings trilogy when I was 10. This diversion provided much comfort to me in a dark time. In retrospect, it may have been a mistake to start with such a pinnacle of the genre, because everything I picked up afterwards was a disappointment. I am picky, I always have been, much to the chagrin of my parents, of my mother, who cooked for us.

I always had to have my version of everything: no nuts in my cookies and cinnamon rolls; no red sauce on my pasta, just butter, and parmesan cheese; and I still hate veggies to this day. To me, veggies taste like dirt or pond scum.

The lack of an adequate follow-up to Tolkien did spark my imagination, sent me exploring creative ideas of fantasy, but haunted by a powerful malicious darkness, these excursions took a turn that I did not intend. My writing, that began years later, is a direct product of the experiences of that time.

How do you develop your plot and characters?

My stories develop themselves and haunt me until I put them down on paper. The ideas that are revealed to me through immersive visions/daydreams contain a logic and detail beyond mere nighttime dreams. The work is from a compulsion rather than a desire to write.

My office is a square room with two windows. In it is a large wooden desk, a chair, red carpet on the floor, with many books on shelves around me. I like cherry and walnut stained old hardwood. I do find that the amount of tech, required for my day job, gets in the way, such that it disrupts the natural flow of my creativity, and I am looking for a solution to that.

My desk tends to always be cluttered with papers and things, though I have been told that clutter helps with creativity, giving texture to the workspace. I tend to place pictures and notes of a current work on the blank spots of the wall directly in front of my desk. Though I don’t often look at them, their presence affects the subconscious and keeps me directed on the current work. 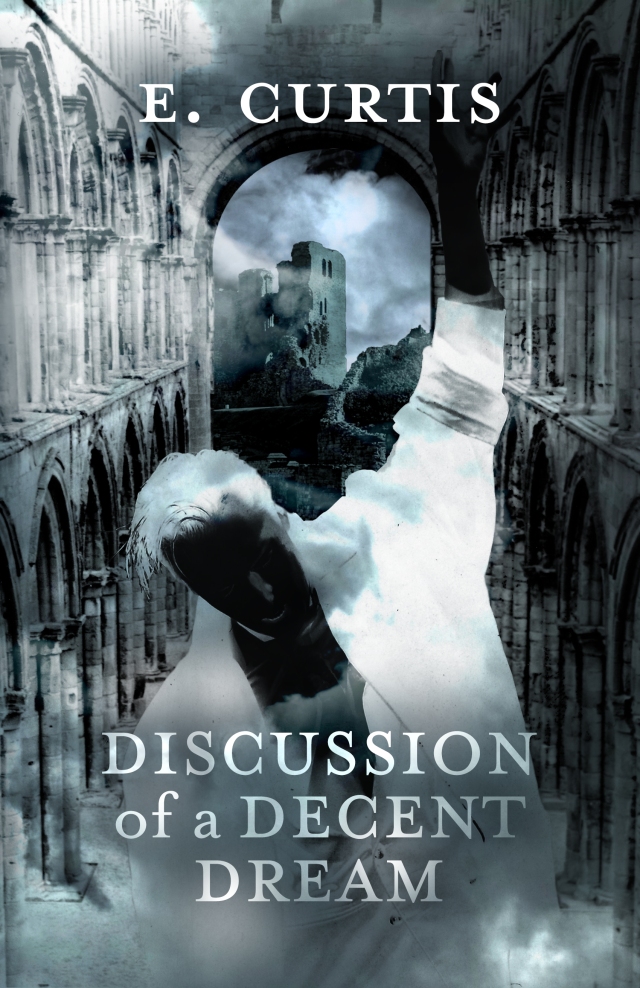 Discussion of a Decent Dream

In the fall of 1789, on the western edge of the Yorkshire Dales, a dense, persistent fog enshrouds the village of Ingleton. Shadowed spirits hide in the mist and bedevil the townsfolk, heralding a tragedy that has befallen one of their own.

Edmond continues to search for Alexandra, his fiancée, who disappeared the same night that the mist set upon their town. Presumed dead by all others, he visits Alexandra’s empty grave, desperate for any hint of what has become of her. Weary from the sleepless nights on his quest, no longer able to stay awake, Edmond falls into a dream before her headstone and there obtains clues from Alexandra as to her whereabouts.

Haunted all the while by a malevolent spirit, Edmond follows the trail that Alexandra left for him and enters the underworld, only to learn that he has been there before, and in fact, quite often. But more, he discovers how he is to blame for Alexandra’s disappearance.

A dark literary novel rich in imagery, Discussion of a Decent Dream unearths the consequences of a child’s decision to surrender his heart in exchange for unholy power and transcendent knowledge.

Discussion of a Decent Dream is a Finalist in Britain’s Wishing Self Book Awards in the Adult category.

We ignored the portent that crept into the countryside the day she disappeared. But in the weeks that followed, with no answers as to what had befallen her, with no assurance that she still lived, we came to understand, and most saw the worst in the blanket of mist that stopped time and shut us out from the rest of the world.

I had just turned twenty-one the summer of 1789 when Alexandra went missing. And after all our fruitless searching, in need of some direction, I snuck, under the cover of night, into the yard where her parents had laid their sorrow to rest. Falling to my knees before the stone of her empty grave I spoke with reverence, not for the hallowed ground, but for the call that brought me, as though somehow she could hear me. 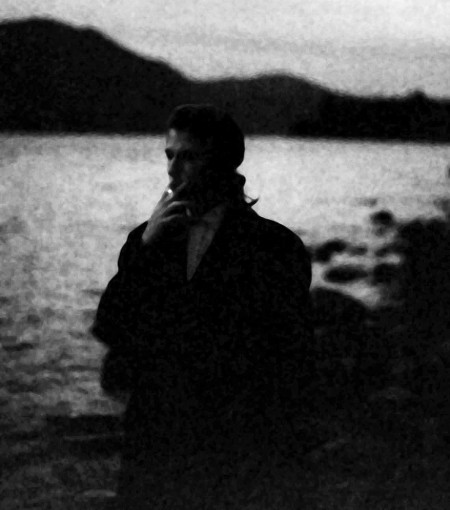 Curtis draws on personal experiences of the otherworldly for his writing. Through dreams, visions, and waking encounters, his exposure to darkness has motivated him to detail what he has come to know of the preternatural. While a few short pieces have been published on an online literary magazine, Discussion of a Decent Dream is his first novel.

One randomly chosen a winner via rafflecopter will win a $50 Amazon/BN.com gift card.