Nothing in Hollywood stays a secret for long.
Nora Chase is the good girl of the small screen.
Her carefully cultivated image is under lock and key – the price to keep it that way has been steep. One misstep in a relationship early in her Hollywood career cost her dearly – and she’s still paying the price.
When she meets Maxwell Caine through mutual friends, her emotions pay no attention to the moratorium she’s put on relationships. She never meant to fall in love again, let alone so quickly. His steadfast presence gives a comfort she didn’t know she was seeking and isn’t sure she deserves.
Will he stand by her when her past is exposed?

“I like you, Maxwell. More than I should. It scares me.”
That playful, sinfully handsome grin grew beatific.
“I like you too, Elle. More than I probably should, but I’m not scared at all. I don’t think you should be either, because I’m of the mind that if it feels right, it probably is. What are you scared of?”
Nora’s gut began to shift uncomfortably.
“My life is complicated.” It sounded lame even as she said it.
“So is mine. We’ll figure it out.”
He watched her closely for a moment, his gaze so intense she could feel it in her spine. Her thoughts could not provide a single, reasonable argument to put forth. Not one. And she had a feeling that even if they had, the lawyer in him would find a very logical response.
Finally, she nodded. “Okay.”
He raised an eyebrow. “Okay? That’s it? No more debate or resistance?”
“No. You’re trained to out-argue me any day of the week. So, okay. Let’s like each other.”
Maxwell chuckled.
“Music to my ears, Gorgeous, and you’re right, though I imagine that at some point down the line I’ll have to concede an argument or two. We’ll cross that bridge when we get there.” 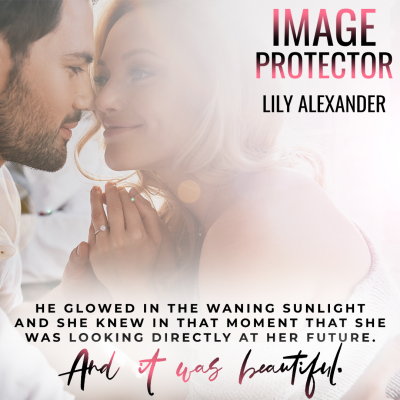 Lily is a Colorado native enjoying the fantastic climate of Southern California with her family and cranky cat after surviving more than a decade in hot, humid places where hurricanes get their own season and Winter is a myth.
The written word is her favorite thing – reading or writing, she doesn’t discriminate. Left to her own devices she can read about a book a day; that HEA is a powerful drug!
As an only child she grew up inventing elaborate stories for her dolls to act out. She started word processing on a computer around age 10 and never looked back. After suffering the heartbreak of catastrophic drive failure a regrettable number of times, she has finally learned to back things up appropriately and often.
Follow her antics on social media! (If she disappears for a bit around late August, don’t worry, that’s just her wanderlust kicking in. She’ll be back soon.)