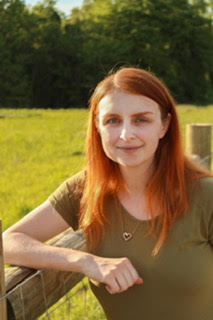 Tell us a little about yourself and your background?
My favorite preschool activity was story time if that tells you anything. I’ve loved writing since I was ten years old. I wanted to pursue an English degree in college but felt it would be too hard to make a career out of writing, so I became a teacher. My husband actually encouraged me to get back into writing in 2016, and that’s when I got the idea for what became my debut novel. It took me five years from that idea to publication, but now I’m finally chasing my dream and am about to publish my second novel in October.
How do you make time to write?
I have a three-year-old and a one-year-old. I made it a habit to write during afternoon naps five days a week.
Do you believe in writer’s block?
Yes! One of my strengths from the Clifton Strengths Finder is intellection. That means it’s important for me to turn ideas over and over in my mind. If I go too fast, I tend to get stuck or the story won’t feel right, and I’ll have to go back and think for a while until the right idea comes to me (I’m a discovery writer, so I don’t plan out my stories before I start writing them). It’s also important to soak up new information, and sometimes that means taking your nose away from the grindstone and enjoying others’ stories, so you can improve your own.
Tell us a bit about the genre you write and why you love it.
I write historical fantasy! I’ve always enjoyed monsters and the magic of fantasy, but I also love learning about cultures from around the world. Historical fantasy allows me to blend the two, so fantasy seems like maybe it isn’t such a stretch to believe in. Maybe mythical creatures did exist once upon a time.
How are you publishing your recent book and why?
I’m an indie author. I originally tried the traditional route, but without connections, it’s hard to get an agent. Plus, you’re limited to the type of story a publishing house wants to print. With indie, I can create what I would like to read. 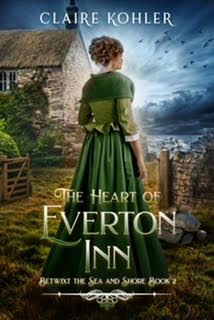 Are you an Introvert or an Extrovert?  How does this affect your work?
I’m an introvert! I love people, but working with them can be intimidating, so being an author is great. I hide away in my office/cave and create works of art that I can then share with the world.
What is your favorite motivational phrase?

What you do today can improve all your tomorrows.

What advice would you give to aspiring writers?
Learn, learn, learn as much as you can, and then be brave enough to chase your dream.
Where can readers find you on the World Wide Web?
First off, there’s my website: www.clairekohlerbooks.com, but I’m also on Facebook and Instagram.
Do you have an excerpt you’d like to share with us?
“I shall always love you, my dear bairn. Remember that, no matter what happens. And you must promise me something before I go,” the older woman whispered.
“Anything, Mum,” Briony answered.
“You must stay away from the water.”
Briony looked down at the floor, holding back tears as she tried to get a handle on herself. She couldn’t fathom why this was her mother’s dying wish, why this was so important.
Is her fear o’ the sea that strong? How can she hate it so much?
Briony felt the enigmatic pull she always did when she thought of the ocean. It called to her in a way she could neither explain nor understand. She had no reason to desire it as she did, for the sea had stolen her father from them years ago. At least, that was what her mother told her since Briony had no memory of the man.
She glanced out the window of the small cottage, wishing she could run to the waves at that very moment and escape the expectation lurking in her mother’s eyes. No matter how Briony replied, she knew she would cause misery; the only question was who would have to bear it.
She turned back to her mother, ignoring the lump in her throat as she said, “I promise.”
At hearing those words, Bethany gave Briony an earnest smile that lit up the room much more than the candles around them. Then, with a small sigh, the older woman closed her eyes and relinquished her spirit.
Briony almost felt it depart, ascending from her mother’s physical form before slipping away.
And it was at that precise moment that a series of bloodcurdling howls rang through the air. The sounds rose from just beyond Everton’s shores, filling the entire village with dread. The only person who didn’t notice them was the young woman herself, for the cries melded with her own moans of anguish as perfectly as if they had all come from the same throat.
The Secret of Drulea Cottage (Betwixt the Sea and Shore, Book 1) by Claire Kohler