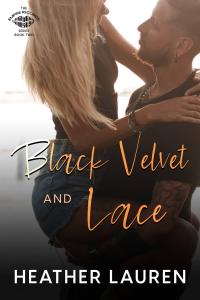 Bad Boy Meets Shy Girl
Contemporary Rock Star Romance
Shy wallflower Charlie James has secrets, one of which is her talent. With a dark past, she lacks the confidence to strike out on her own so she sticks to writing the hit songs for other artists. When devilishly sexy rocker Hudson Smith crashes into her world he offers to give her unique lessons to push her out of her comfort zone.
The moment he called me his siren Hudson put me under his spell. With rippling muscles, tattoos, and a voice full of dirty promises, I instantly become someone my friends wouldn’t recognize. Normally a girl who easily hides in the shadows, the British bad boy saw me and claimed me at first sight. I never thought I would see him again but when he shows up where I work I fall literal heels over head in true Charlie fashion.
Hudson is a broken man running from his past not knowing if he’ll have a future but knows for damn sure he’s not good enough for the intriguing and mysterious blonde girl with black-rimmed glasses that sings like an angel and stars in his super X rated fantasies.
Things between them turn from friendly to intensely passionate but when rock stardom comes calling…will the two be able to find their way back to each other?

Heather is a mom of three who enjoys writing steamy contemporary romance from the comfort of her couch in sunny Arizona. She lives off coffee and toddler crumbs and is madly in love with the father of her children. She always guarantees sexy men who fall hard from strong women and happily ever afters.

She lifted her gaze to his as she peeled her soaked pants down her legs. Stepping out with her right foot, she tucked the pants down with her left foot and kicked them to the side. Darien’s gaze tracked the stream of water that flowed down her thigh. Again, she reached up and ran her fingers through her hair, keeping her arms high and arching her back. The barest of red lace covered the delights Darien craved. A smile crossed her lips as she turned her back to him, bent forward, resting her hands on her knees. Twisting a bit to gaze over her shoulder, she moved her butt in a figure eight pattern. Each swish amped up his desire. Much more of this and he’d explode before he even touched her.

She straightened, reached up and slid off her right bra strap. Darien’s fingers ached to peel down the left strap. She lowered it to the side, releasing the front clasp. Pulling it open, she flipped it off and let it drop to the floor. Darien hissed. Having forgotten about the shower, he tilted his head back and sputtered when the water poured onto his face. He shook his head and blinked, then groaned. She’d turned, facing him, but had crossed her arms and covered her breasts with her hands.

That was wrong. It was his hands that needed to feel her nipples pebble against his palms. He shifted to move but caught himself. He didn’t want to break the spell. WTF? Who was he kidding? He wanted to shatter the spell, grab Erika, and back her up against the shower wall, drowning her in kisses. After nibbling his way up her thigh, he craved buried himself deep inside her and when both had screamed out a release, he wanted to do it all over again.

Erika stepped closer. She lowered her head and kissed the tip of his erect cock. He struggled not to do what he’d just fantasized about doing. She rose, kissed just below his belly button, then the middle of his chest, and, lastly, raised her lips, brushed her bottom lip across his.

His chest heaved. His blood pounded inside. His cock strained.

Water poured down from above and spurted out from the sides, caressing their flesh and heightening the tension. She lifted her right hand off her left breast, but shielded it with her arm, then crooked her finger, indicating he should move closer. He bent forward.

She placed her lips near his ear. “Knock. Knock.”

To save Darien’s life his brother asks, “Can you walk in high heels?”

Erika Bailey, owner/manager of a drag queen club in Bangkok, Thailand has happily settled into all aspects of her new life, except for her lack of a love life. When a new diva auditions, Erika is bewildered over her instant attraction to the blond God, Apollo.

Darien Scott is on vacation after a world tour and mistakenly figures the safest place to be is at The Black Dragon with the head of a Triad. When the club is hit, Darien is the only person to get out alive. Now he’s running from the police and a Triad. Mistake number 1.

Disguised as a drag queen, he’s hired by Erika, but falls hard for his new boss, then struggles with not coming clean with her. Mistake number 2.

Can he fix his mistakes and find a life filled with love or is he headed straight for mistake number 3?

5 Stars Really must read this one….,

I thoroughly enjoyed this book, the chemistry between Darien and Erika was so hot that I thought my kindle would melt!